I will go wild in pacific for 6 months, after that I dont guarantee anything 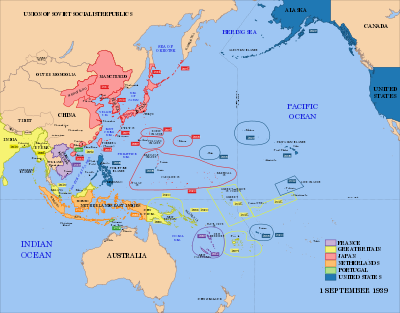 The world had already sensed that Japan was going to burst and superpowers tried to prevent it but they failed. Then Japan signed tripate act with Germany(Nazi) and Italy.During 1940, Japan had four ways for starting a war by its own.

They took all moves except 3rd. They thought that Germany already has hold of Soviets, Japanese can relax on the 3rd move. The USA was expecting war with Japan but was hoping not. They were already very close to getting into the war with Germany. The USA was instead supplying things to Japan before WW2, they wanted just Japan to stay away from their territories in pacific which Japanese were eager to have.

On 7th December 1941, a powerful armada sailed from Hittokapu Bay in the Kurile Islands. Two battleships, three cruisers, nine destroyers and three submarines escorted the heart of the strike- six aircraft carriers. Aircraft carriers were the key for a country to have a good navy.

After that, they hit their target, pearl harbor in Hawaii. Their main aim for the whole raid was to destroy the navy of the USA especially the aircraft carriers. Pilots were commanded to destroy and take out the whole of the battleships, so they did. At that time, seven battleships were docked over the pearl harbor. Within some minutes, four of them were sunk. In little more than 2 hours, Japan altered the balance of power over the Pacific. The bold attack had taken lives of 2,403 Americans. 18 of 96 vessels at pearl harbor were sunk or damaged heavily. A total of 165 US aircraft were destroyed and 128 others damaged. In exchange, the Japanese lost 29 aircraft, five midgets submarines, one fleet submarine and 185 dead. This was a huge victory for Japanese. But they missed out two most important things, firstly they were not able to target enemy aircraft carrier and secondly, they forgot something very important. many historians take it as ‘mistakes in million’. They forgot to target oil plants in Hawaii if they had taken out them, USA navy was already down without oil support. Conditions can be very changed if that mistake was avoided.

Months passed fighting for Pacific and then a battle took place which was a turning battle for Japanese. It was battle of midway. Midway is located over north-west of Hawaii. this battle was for the heat between 4-7 June 1942. It is a small island but a very strategical base for both sides for both the sides. Its size is less than 1,930km. Yamamoto (naval leader of Japan) commanded for the annexation of midway for which he was hungry. The operation for midway was planned in which Japanese decided to take four of the aircraft carriers- Akagi, Kaga, Soryu, and Hiryu with other vessels. Japanese didn’t know that Americans already knew that they were planning this. Both of the sides were prepared.

On the June 1942, Nagumo (leading the Japanese raid) ordered 100 planes to damage the base of midway. He wanted that the first wave to soften the defense over the base so they can further take actions and deploy their soldiers. But the wave failed and they were only able to give little damage to the base over the midway. This made Nagumo think twice about what to do next because the planes airborne were loaded with torpedoes.Instead, he was thinking that they should be armed with bombers so he can damage the base more. Then he spotted the American aircraft carriers and commanded airborne planes loaded with torpedoes to attack the vessels where on the other hand he ordered another wave armed with bombers to damage the base over midway. He further ordered to recover the planes of the first wave who were low on fuel and ammo. Shortly after 10 minutes, American ordered their own wave of defense. Furthur after, American ordered 150 dive bombers and fighters to target the opposition vessels and take them out. This was not what Japanese were expecting. With a weak defense of Japanese vessels, the course of the midway sea was changed with a flash. American bombers bombed the Japanese aircraft which were on their way for taking off and three of the aircraft carriers were doomed and flamed. The last surviving aircraft carrier of Japanese succeeded to damage the opposition and USS Yorktown was hit badly.

In the battle of the midway, at last, US lost one carrier, a destroyer, 137 planes, and 307 men. The loss for Japan was much severe, they lost aircraft carriers, cruisers, 332 aircraft and more than 2,000 men. This battled impacted the WW2 a lot. After this, the war continued with full potential from both nations.

38 thoughts on “Two Battles and a japanesse gamble”