The world is facing another cold war in middle east, between Iran and Saudi Arabia. However, this is not that big war for the world but a huge one for countries where it is going today. This may not contain weapons of mass destruction or may not involve the whole globe but it is creating many problems like humanitarian crises. This war is about two oil giants in the middle east, this war is all about religion, this war is about Sunni and Shia. 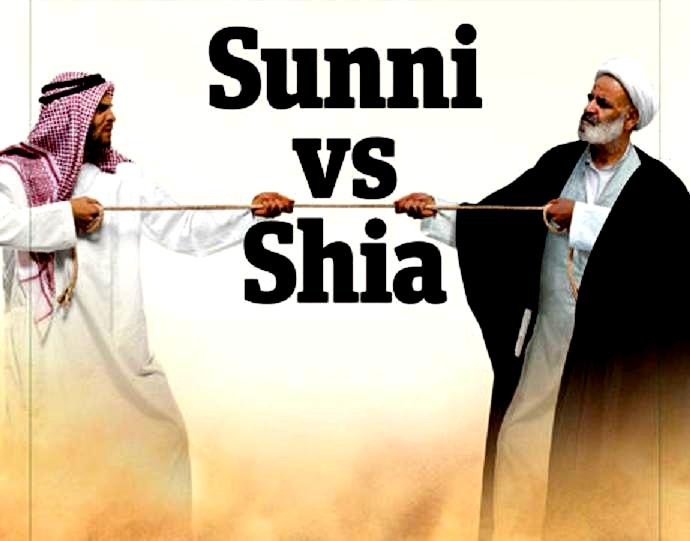 From the beginning, Iran and Saudi Arabia were rivals whether in case of oil production or military show off. Iran is a Shia Muslim dominated country whereas Saudi Arabia is a Sunni Muslim dominating country. In history also, there was a huge rivalry between the ottoman empire (turkey and some part of the middle east) and Safavid empire (present-day Iran). They both are giants in the middle east as every other gulf state is dependent on any of one.
Now, in this scenario, Russia, and the USA had to choose their allies, so here we are, Russia backing Iran and America supporting Saudi Arabia.russia had no problem with Saudi but as we say, an enemy of my enemy is my friend.

This all started in 1929, a peace treaty was signed between Saudi and Iran. But unfortunately, it didn’t last long, In 1968, Saudi Arabia and Iran signed a demarcation agreement. When the united states announced to withdraw and vacate from the Persian Gulf in the late 1960s, Iran and Saudi Arabia took the primary responsibility for peace and security in the region. In the late 1960s, the Shah sent a series of letters to King Faisal, urging him to modernize Saudi Arabia, saying, “Please, my brother, modernize. Open up your country. Make the schools mixed women and men. Let women wear miniskirts. Have discos. Be modern. Otherwise, I cannot guarantee you will stay on your throne.” In response, King Faisal wrote, “Your majesty, I appreciate your advice. May I remind you, you are not the Shah of France… You are in Iran. Your population is 90 percent Muslim. Please don’t forget that.”
So as everybody was aware of, they were not ‘real’ friends, so they turned their back and start walking in different directions.
So first of all, what makes a normal war, a cold war? Well in cold war, two giants don’t fight directly whereas they fight indirectly, by supporting two other small nation which is fighting in a small span. For example, in the Korean war, Soviet-supported North Korea and America supported South Korea.

So, back to today’s world. There are two proxy wars going on. First one is very known to everyone – Syrian civil war. The country was not majorly dominated by any groups. During this period, the present president is Bashar al-Assad who is Shia. This war started as rebel groups (Sunni) in Syria started protesting a demanding resignation of Syrian President Bashar al-Assad. This protest attracted the world and America, Saudi Arabia and other Gulf countries started funding the rebel groups(because rebel were Sunni and Saudi is a Sunni dominated country) who were against the government, where on the other hand, Iran supported the Syrian government.through the funding of Saudi and America to rebel groups, made rebels more powerful than ever before, they were having modern weapons with the latest equipment which neither government had. As time passed, between 2013 and 2014, major members of rebel groups made a different group with Abu Musab al-Zarqawi and later named it the Islamic Republic of Iraq and Syria (ISIS). So, today ISIS is a huge terrorist threat to the world and everyone is accusing others responsible for funding terrorism. However, today also, America and Saudi Arabia are against Assad’s regime whereas Iran is supporting Assad.

Another scenario is less familiar but more important. That is the Yemeni civil war where it is exactly opposite of the Syrian civil war. This civil war was started between Houthi and the Yemeni government. This all started in 2014 when the Houthi leader was Hussein Badruddin al-Houthi. The Yemen government started alleging that Houthi is trying to overthrow the government so they commanded their forces to kill Hussein Badruddin al-Houthi. Now his brother Abdul Malik al-Houthi launched a coup which succeeded and Houthi took the capital, however, people who were ant-Houthi were not completely destroyed. They started setting up their government in Aden. So, in today’s scenario, there are two governments in the country, one at capital Sana’a and one at Aden. the one at Sana’a is of Houthi which is backed by Iran and one at Aden is provisional which is backed by Saudi. Houthi follows Shia Islam whereas the previous government was of Sunni so, that’s why Iran and Saudi supported them respectively.

Another proxy war that ‘may’ take place is in Qatar.Recently, Saudi Arabia, UAE, Yemen, Egypt, and Bahrain cut any types of ties with Qatar. Now for trade and alliance purpose, Qatar turned to Iran and Turkey. It is said that if conditions got worse, Turkey, Iran, and Qatar will form an alliance. Saudi had also made a list of 13 demands those if Qatar will accept, then Saudi will restore the crisis.But Qatar is not in favor of accepting any of demands.

Can the conditions be improved or it will get worst? Well, that’s a billion-dollar question.If Iran and Saudi will forget about religious conflicts, then maybe their ties can be improved. But this may take generations to understand this thing because right at this moment it doesn’t look like they are going to make a peace treaty.