Second world war bought guilt and pain with itself. It taught mankind about automatic rifles, modern warplanes, unlike trench warfare of the first world war, fought mainly on urban lands and most importantly, bringing in Nuclear Revolution.

Ending in Europe was by the Battle of Berlin. And last battle in the Pacific was- Battle for Okinawa. However, officials in the Pacific, the war ended when the USA nuked Hiroshima and Nagasaki. In both of the battles, Axis powers used a human shield to a great extent. A human shield is when a force uses civilians as a shield(most of the times in Urban areas) so that opposition forces could not bombard the city to kill the force. 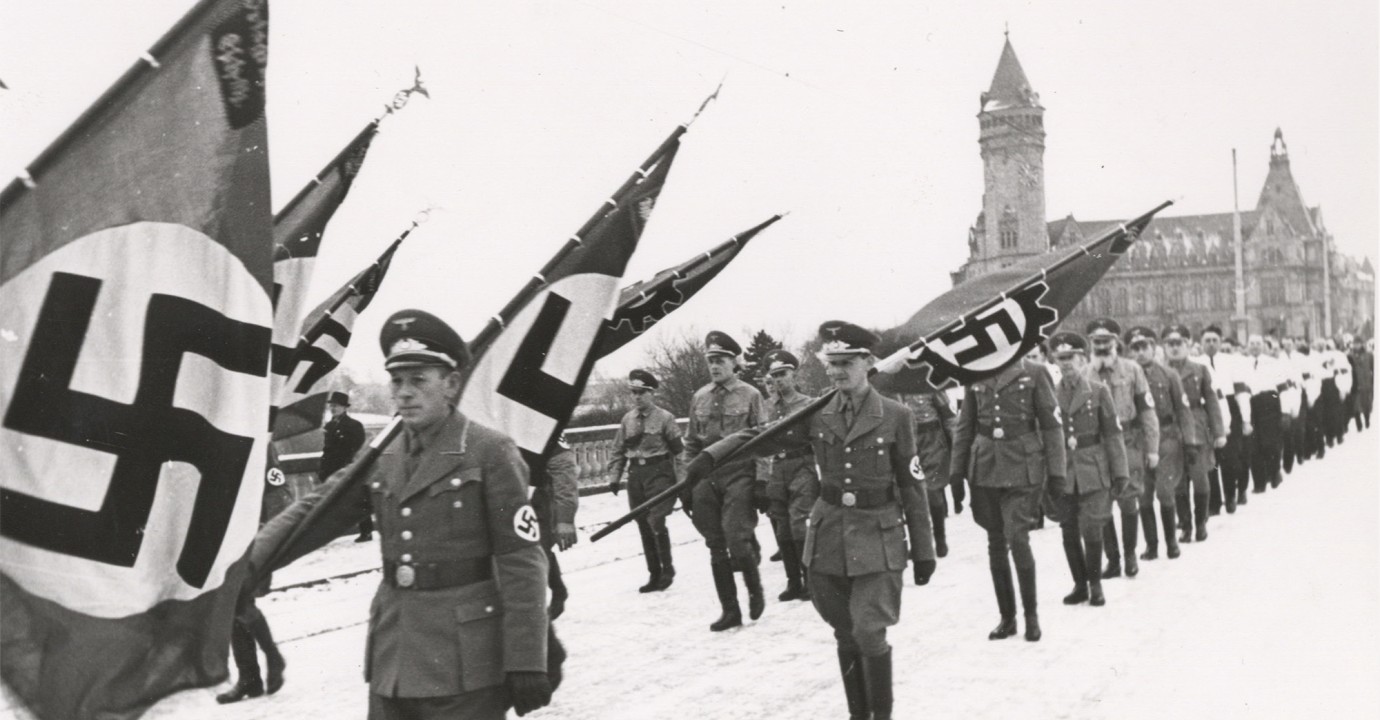 By early April, the Nazi realised that they cannot hold multiple cities. So they concentrated their military on Berlin. They decided to convert Berlin just like a fortress city. They took it for granted that the Soviet cannot penetrate Berlin. And of course, they were right to think something like this, as they deployed a million soldiers in Berlin with 1,500 tanks supported with 3,300 aircraft. To give the reader the feeling of a million soldiers, China’s active personnel are 2 million(China holds the largest army). Now it could be imagined that half of the whole of China’s soldiers only deployed just in a city. But the problem with the Nazi army was that is composed of boys aged 15 too old aged men of 70. Nazi encouraged all to join them at their last stance. Soviet approached with a lot more imagined. They approached with 2.5 million strength of army (all were energetic and of correct age) with 6,200 tanks having the support of 8,300 aircraft. it was clear that the Soviet had a superior and more powerful army in both strength and enthusiasm. At 3 AM(Berlin time) on 16th of April 1945, Soviet artillery made their first-round and bombarded the city. Nazi defended as that was the only option they had and Red army showed full offence and without caring for over-casualties, they were bombarding and penetrating the city. On the 23rd of April, Hitler realised that they only had ammo for two more days and the red army had already entered the city. Something interesting happened. Hitler with some other officer and soldiers started heading towards the west, to get rescued by Americans(Americans had covered west Germany). A possible reason for such action could be that they hoped for mercy by Americans but Soviet was fighting ruthless and won’t show any mercy. But on the 25th of April, the Soviets had already closed the city by surrounding it. At last, Hitler committed suicide. Battle continued for a couple of more days as commanding generals were still there. However, finally, the Soviet flag flew over the Reichstag (parliament of Nazi) and allies won.

Similarly to Berlin, the Japanese concentrated its forces on Okinawa. Okinawa This island composed of half a million people and was not just a small one but a huge landmass. Japanese were 100,000 whereas US marines were 520,000. Both of them were supported by naval and air support but US ships were greater in strength composing 1,3000 ships. Allies easily entered the island as the defence was not powerful on the t of the islands. The Japanese strategy was to let marines approach the er of the nd, so they can easily destroy them by being ambushed. US soldiers landed on the 1st of April and unlike the Soviets in Berlin, they did not rush toward the centre very quickly, instead very slowly penetrated the island. US vessels were struggling with Kamikaze. Suicide crashing, better known as kamikaze was adopted by the Imperial air force to commit suicide by crashing planes into American vessels. In the year 1945, they got a glimpse that they will lose. So they encouraged their soldiers to harm enemies as much as they can, even if it meant sacrificing your life by doing activities like Kamikaze. On land, soldiers used to cry-“Tennōheika Banzai” and used to rush towards enemies with sword/gun rush, knowing that they will die but all they wanted was to at least kill one US soldier before sacrificing their life. The meaning of that cry is- ”Long live His Majesty the Emperor” Ultimately, the Japanese defence started breaking down. The US used tactics like flamethrower burns down when US marines used to wipe out whole bunker and trenches of Japanese by using a flamethrower and burning down the whole arena. On the 21st of June, the main Japanese army was cleared, small patches remained which further were wiped out in the next couple of days. this marked the last battle of the Pacific.

One thought on “The End Of Second World War”